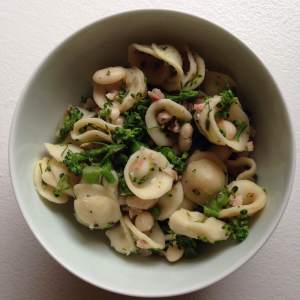 This is the last post of 2014. This afternoon Matt and I head to Berlin to visit our best friends. We will ring in the new year with wienerschnitzel and German beer. Like many of you, I am running a list in my head of the things I will do to make 2015 better, of the ways that I will be a better person this time around. You know, lose 10 pounds, eat more vegetables, volunteer for a charity, drink less, run more, pick up a new hobby, be an all around better person. My 2015 list is basically identical to my 2014 list and if this past year was any indicator, I will end 2015 as roughly the same person I am right now. This is the very definition of insanity – going through the same motions and expecting a different outcome. No wonder the countdown to the New Year always devolves into a drunken, manic, and frenzied moment of mass hysteria.

My favorite New Year’s Eves are the ones from my childhood. We were in Rangeley – mom, dad, me, Jean, and Gigi. Jean and Gigi lived in the condo downstairs from us in Brighton and were essentially my surrogate aunts. For several years in a row, they joined us in Maine to bid goodbye to the previous year’s sins and shortcomings and celebrate the arrival of another clean slate. The snow was always piled to our waists in the yard and the fire burned in the stove and we ate good food and listened to music and played Scrabble and waited eagerly for midnight to arrive. We would trek down to the lake, armed with flashlights and snow pants and boots, to look at the stars and take in the stillness and darkness and promise of the miles of uninterrupted ice all around us and the infinite sky overhead. What better place to dream of new beginnings?

In typical, opulent fashion, Matt and I have been closing out 2014 with an excessive amount of food before we commit to a few short weeks of ascetic dietary restrictions. We’ve been eating Texas chili, essentially beef and spices cooked in bacon drippings, baked goods of all sizes and shapes, and platters of cheese and honey comb. Somewhere in between these decadent meals, I made a pasta dish that actually included a green vegetable (and a sizable portion of pancetta) and healthy protein in the form of white beans (topped with a very thorough coating of pecorino romano). If you’ve already given up on your New Year’s resolution, I strongly encourage you to try out the recipe below. Of course, on Christmas day, we ordered the greasiest Chinese takeout we could find and it was supremely satisfying. I topped mine off with leftover pumpkin swirl brownies, while Matt dutifully opened his fortune cookie. “You and your wife will be happy in your life together.” “That’s the best fortune ever,” Matt said. And the best way to start 2015.

Soak beans overnight in water to cover; drain. Place them in a saucepan with water to cover by 1 inch. Bring to a boil slowly, skimming any white foam that collects on the surface. Add onion, halved garlic cloves and bay leaf. Cover partially, adjust hear to maintain a simmer and cook until beans are tender, about 1 hour. Discard onion, garlic and bay leaf. Season with salt and pepper; let cool.

Combine pancetta and olive oil in a 12-inch skillet. Cook over moderately low heat, stirring occasionally, until pancetta begins to crisp, 3 to 5 minutes. Do not allow it to brown. Stir in minced garlic and rosemary. Saute 1 minute to release garlic fragrance. Drain beans, reserving their liquid, and add them to the skillet. Stir gently to coat with fat and seasonings. Set aside.

Bring a large pot of salted water – at least 5 quarts – to a boil. Meanwhile, trim broccoli rabe, cutting away thick tough stems but leaving tender stems attached; you want to have about 3/4 pounds after trimming. Add broccoli rabe to the boiling water and cook until stems are just tender, about 2 minutes. Lift out with tongs and place in a bowl of ice water to stop the cooking. Reserve the cooking water. Drain broccoli well, then squeeze gently between your hands to remove excess water. Chop the stems into 1/4-inch lengths; chop the florets and leaves coarsely. Add to the skillet and toss gently to coat. Season with salt and pepper. Remove from heat until pasta is ready.

Boil pasta until al dente in the same water you used to cook the broccoli rabe. Just before pasta is ready, reheat beans and broccoli, adding a few tablespoons of bean broth if necessary to keep mixture from sticking. Drain pasta and transfer to a warm bowl. Add contents of skillet and toss. Add cheese and toss again. Serve immediately on warm dishes. Serves 4.